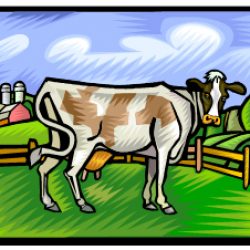 Exploring the 2016 balance of foreign trade we expect U.S. agricultural exports to be near $133 billion when the final tally is taken.

This figure is lower than the five most recent years due to sluggish world economic growth, a recently strong U.S. dollar, reduced exports of higher-value products, and generally falling prices for most farm commodities. On the other hand, we expect U.S. imports to continue at a roughly 2% annual rate. One reason for this rate of importation is the real exchange rate has made foreign goods cheaper in the U.S. domestic market. However, import gains were well below the 7% average for 2000-2015, reflecting slower growth in total global trade volume last year. Given the value of both farm exports and farm imports, the 2016 U.S. agricultural trade surplus is expected to be worth at least $24 billion.

Horticultural exports have shown the most growth, up about $266 million, with an increased share of total U.S. agricultural exports. In fact, horticultural products became the largest share of any group, surpassing livestock products, grains/feeds, and oilseed/products.

From 2013 to 2015, East Asia and North America combined to account for about 62% of U.S. agricultural exports. East Asia, led by China, Japan, and South Korea, was the largest market, with a collective 34% share. The share of U.S. exports to Canada and Mexico has increased and accounted for 28% of world exports over the last 3 years. The European Union is the third largest regional destination, followed closely by Southeast Asia (led by the Philippines, Vietnam, and Indonesia). Meanwhile, South America is a shrinking market, with the noticeable exception of Colombia.

U.S. consumers rely heavily on imports for certain products where demand far outweighs domestic production capacity. Over 95% of coffee/cocoa/spices and fish/shellfish products consumed in the United States are imported, as are about half of fresh fruits and fruit juices and almost a third of wine and sugar. Consumers demand fresh produce all year long and the seasonality of U.S. production makes accessing global supplies necessary to meet this demand. As high U.S. incomes drive consumption, the volume of U.S. agricultural imports has increased by 4% annually, on average, since 2000.

As we consider public policy that impacts global trading, let’s be certain to remember the quality of life enjoyed by most in the U.S. because of the positive foreign trade balance as well as the ever expanding array of available food choices for both ourselves and others across the world.