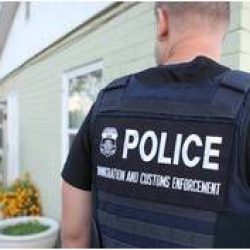 HARRISBURG, Pa. – A new report offers guidance to state and local jurisdictions and institutions that want to protect immigrants threatened with deportation. About 400 counties, cities and states around the country, as well as churches, schools and hospitals, already have taken steps to create sanctuary for immigrants in their communities.

Joanna Cuevas Ingram, associate counsel at LatinoJustice PRLDEF and co-author of the report, says with widespread fear of racial profiling, hate crimes and mass deportations, the report is intended to give those offering or considering sanctuary some important legal background.

President-elect Donald Trump has said immigration enforcement efforts will focus on those with serious criminal convictions, but advocates fear millions could be swept up in a wave of mass deportations.

Cuevas Ingram notes that some jurisdictions that already have some form of sanctuary in place now are looking for ways they can do more.

“They have already begun passing even stronger, more inclusive protections and even a bill that would provide some legal support to immigrant members of the community that are facing administrative hearings for deportation,” she explained.

There have been concerns that the federal government could threaten to withhold funds from jurisdictions that offer sanctuary or other protections to immigrants. But Cuevas Ingram says even then, there may be some legal recourse.

“If they do get these threats of withdrawal of funding from the federal government, there is precedent and there are cases that they can look to to find some legal authority to resist any unconstitutional coercion or commandeering,” she added.

The report includes a number of policy recommendations for actions that local governments can take to protect their undocumented community members.