An Evening with “Jungle” Jack Hanna 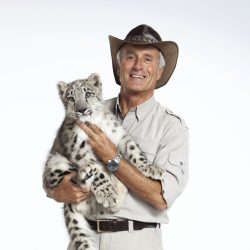 Recognized as America’s favorite zookeeper, “Jungle” Jack Hanna will discuss the importance of conservation and protection of wildlife worldwide in his lecture on Wednesday, Feb. 1 at 7:30 p.m. in the Perkins Student Center Auditorium. No live animals will be included in the event.

This event is free and open to the public but tickets are required in advance. Members of the Penn State community (students, faculty and staff) must visit the Office of Campus Life in room 19, Perkins Student Center to claim tickets with a valid Penn State Berks photo ID, and there is a limit of two tickets per person. A limited number of tickets will also be made available to the public: Call the Office of Campus Life at 610-396-6076 to reserve tickets (limit two per person). Tickets must be picked up prior to the event during regular business hours (Mon.–Fri., 8 a.m.–5 p.m.)

Hanna has explored the far corners of the globe as one of the most respected animal ambassadors. His enthusiasm and hands-on approach to wildlife conservation has won him widespread acclaim as a conservationist, television personality, author, and Director Emeritus of the Columbus Zoo. Hanna has appeared on countless shows including Good Morning America, The Late Night Show with David Letterman, Fox News, and CNN News. His infectious energy allowed him to create three nationally televised programs; Jack Hanna’s Animal Adventures, Jack Hanna’s Into the Wild, and Jack Hanna’s Wild Countdown.

Penn State Berks reserves the right to limit the photography and/or recording of any program. The permitted or prohibited activities during a particular program will be announced at the beginning of the event and/or included in the printed program.