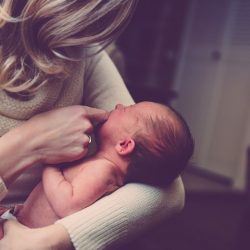 The Senators’ proposal, Senate Bill 200, would add PPD to the list of conditions that are monitored through the existing state program to determine families in need of assessments, tracking and early intervention services.

“Postpartum depression can be a devastating problem both for a new mother and her child, and the consequences can last a lifetime,” Bartolotta said. “Adding these families to the state’s monitoring system will help ensure that mothers and infants receive the care and services they need.”

The American Psychological Association estimates that more than one in seven new mothers experience PPD. The condition can adversely affect a baby’s cognitive development, and carries an increased risk of abuse and neglect.

About 21,000 babies and mothers in Pennsylvania annually are believed to suffer from PPD, and the American Academy of Obstetricians and Gynecologists recommends that all mothers be screened for this illness.

“Making sure every  baby has a healthy start  is a way to avoid serious and costlier problems later.,” said Schwank, Senate

Democratic chair of the Women’s Health Caucus. “By making sure babies of mothers with PPD get the services

they need, we’re not just doing something  important for them.

“This really makes sense for all of us.”