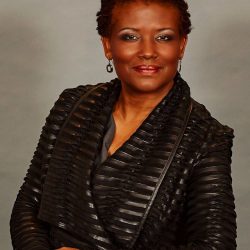 (Reading, PA) — Deidra Hill, Ed.D., has been named Vice President of Marketing and Communications at Alvernia University, Reading, Pa. She will report to President Thomas F. Flynn, Ph.D., and will begin her role on April 3.

“After a national search with a very talented pool of applicants, we are thrilled to welcome a chief marketing and communications officer with exceptional and widely varying experience, especially at institutions strongly committed to civic engagement,” said President Flynn. “But the key to Deidra’s accomplishments are her engaging style and her commitment to student success.

“Her references strongly emphasized her collegiality and professionalism as well as her talent and skill as an executive. It is unsurprising that she was unanimously recommended by our search advisory committee and was enthusiastically received by the many faculty and staff who participated in her campus visit.”

Hill’s extensive background includes nearly two decades of achievement in a variety of higher educational institutions, most recently as vice president for communications and marketing at City College, in New York. City College is the founding institution of the City University of New York (CUNY) and has 16,000 students representing more than 150 nationalities.

Prior to that, she was director of marketing and creative services at Prince George’s Community College (PGCC), in Largo, Md., a diverse, multicultural institution. At PGCC, Hill led efforts to advance the institution as one of the area’s top choices for higher education and workforce training. About half of PGCC’s 44,000 students are non-degree, pursuing licenses, certificates and workforce development. Her creative efforts have won numerous awards and citations including a number of Medallion Awards for excellence in communications and marketing campaigns, in 2012.

Earlier in her career, Hill held positions in communications at Goucher College (Maryland), and the Inova Health System (Virginia), where she partnered with community groups and businesses to promote an award-winning marketing campaign for Fight the Flu — one of the largest immunization programs in the Mid-Atlantic region.

“Alvernia University is a great institution with rich history, and I am excited about partnering with the community to share the college’s compelling stories with the region and nation.”

Hill will be relocating to the Reading area.