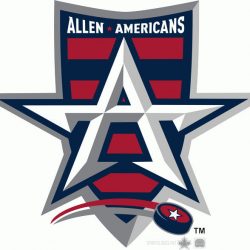 “The purchase of the Allen Americans today by our owner Jack Gulati has no impact whatsoever on the operations of the Reading Royals. Jack is committed to the Royals and continuing the progress we have made this season.  Reading is Jack’s home and his base and he has no intentions of abandoning it. My focus will remain 100% committed to the operations and continuing our successes here in Reading. If anything, this will help both clubs through mutually beneficial synergies and the ongoing collaboration of best practices between the clubs.”

“Today starts a new chapter for me and the Allen Americans Hockey Club,” said new Allen Americans Owner and CEO Jack Gulati. “I’m very excited for the opportunity to help this organization grow. Under the guidance of coach Steve Martinson, we already have one of the best teams in the league on the ice. I know from our players that we have some of the best fans in the league, and my goal is to see the Allen Event Center packed on a nightly basis. There is so much potential for this hockey team to be one of the premiere members in the ECHL, and with the continued support of the community and our staff, we will excel on and off the ice.”

Serial entrepreneur Gulati, who has owned over 40 companies worldwide, came out of retirement when he purchased the Reading Royals, also a member of the ECHL, in April 2014.

The purchase of the Allen Americans is his second ownership venture in professional hockey.

“We welcome Jack as the new owner of the Allen Americans,” said ECHL Commissioner Brian McKenna. “He knows our League very well, and I know he is excited about the potential of the Allen market. We appreciate the Steven Brothers’ efforts as they achieved unprecedented success on the ice as two-time defending Kelly Cup champions.”

“Go to any Americans game and you’ll understand why this team is such a great asset to the Allen community,” said Allen Mayor Stephen Terrell. “The team’s back-to-back championships have created a huge fan base, both in our city and across the Metroplex. We’re excited about this new chapter and look forward to welcoming more hockey fans to Allen.”

The Americans are affiliated with the NHL’s San Jose Sharks and AHL’s San Jose Barracuda. The team, which was established in 2009, has played its entire career at Allen Event Center.

“We purchased this team because we believe it to be a great asset to the league and the city,” said Rodney Steven II of Steven Brothers Sports Management. “We are so excited to see the tradition of hockey live on in Allen and thrive to new levels! What this team has achieved is unheard of – four Championships, four years in a row. Congratulations to a great team and new owner Jack Gulati.”

About the Allen Americans Hockey Club

The Allen Americans play in the ECHL, the premiere AA hockey league in North America. The Americans were established in 2009 and have won four AA championships in seven full seasons of minor pro hockey. In those seven seasons Allen has qualified for the playoffs every year with five trips to the league finals in that time. Allen is in its third season in the ECHL after playing five years in the now defunct Central Hockey League.