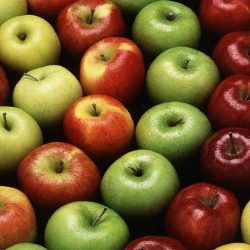 Harrisburg, PA – Pennsylvania apple growers are set to vote on a new Apple Program Order during a referendum that will remain open through Tuesday, April 18.

Ballots were mailed on March 27 to all qualified growers – those with 500 or more apple trees. All ballots must be postmarked no later than April 18 and must be received by the Pennsylvania Department of Agriculture by close of business on April 21.

If approved by growers, the new ‘Pennsylvania Apple Program’ will replace the existing Pennsylvania Apple Marketing Program (PAMP), which is set to expire on May 26 after growers voted to discontinue the program in that form.

“The new proposed Pennsylvania Apple Program is the result of in-depth discussions among PAMP board members over the past few months,” said Agriculture Secretary Russell Redding.  “We have gone to great lengths to gain industry input on this proposal, and we encourage them to use their voice and their vote now charting the future of this industry.”

Redding explained that the department and the PAMP board invited comments during a public hearing in February to consider a new program. Growers were encouraged to submit comments following the hearing, and they provided additional input during several fruit grower workshops held in February and early March.

Ed Weaver, the current PAMP board chair, encouraged growers to vote in favor of the referendum, which includes an assessment rate of $0.05 per bushel for fresh apples and $0.01 per bushel for processed apples.

“In drafting the new order, the board very much wanted this program to be representative of our growers and their interests,” said Weaver. “I believe this new program addresses the concerns raised and will provide the funding needed to support and grow Pennsylvania’s apple industry.”

If approved by voters, the new program would generate an annual budget estimated to be between $200,000 and $250,000. The use of those resources would be limited to funding membership in the U.S. Apple Association, as well as research, consumer education, and necessary administrative costs to support these activities.

If approved, the program would be led by a board of seven members, including the Pennsylvania Secretary of Agriculture or an appointed designee. The board would meet at least two times per year.

If growers need more information to assist them in their decision, they are encouraged to contact a current board member. Board members are listed at: pennsylvaniaapples.org/about/board-staff/.