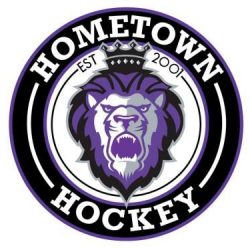 The Reading Royals have announced the team’s 2017 ECHL Kelly Cup Playoff Roster. The roster, which consists of twenty-one (21) players (thirteen forwards, six defensemen, and two goaltenders), is set out below. Nineteen (19) players are on the Active – Available list, while two (2) players are listed on the ECHL Reserve List. Reading has also listed three (3) players on the Playoff Eligible List.

Playoff Rosters consist of a maximum of 23 Players – a 20-man active roster and a three-man reserve list. Upon submission of its Playoff Roster, each Member is required to include:

1. a minimum of 19 active, available (i.e. not injured or on recall) Players; and

Throughout the Playoffs, but prior to the start of the Conference Finals, as the recalled Players listed on a Member’s Playoff Eligible List become available (due to assignment, release from PTO or their respective AHL teams’ seasons having ended), Members shall be permitted to supplement their initial Playoff Rosters with Players listed on their Playoff Eligible Lists, up to a maximum of 23 Players total. Once a Member has named a total of 23 Players to its Playoff Roster, or the Conference Finals have begun (whichever comes first), the Member’s Playoff Roster shall be fixed for the duration of the Playoffs (barring emergency conditions).

A Player who has finished the Regular Season on Injured Reserve may still be named to a Member’s 23-man Playoff Roster and will be eligible to participate in the Playoffs once his full IR time has been completed (provided all other playoff eligibility requirements have been satisfied). Once a Player has fully completed his remaining IR time, he may be activated and placed on the Member’s Active Roster.

Emergency conditions shall be established when the playing strength of the Member, by reason of injury, illness, recall or suspension by the League, is reduced below two (2) goalkeepers and sixteen (16) skaters. However, should a Member release a Player(s) from its Playoff Roster, its emergency conditions will drop by the same number as the Players they release. Only amateur Players may be signed and added to the Active Roster under emergency conditions.

The Royals 2017 ECHL Kelly Cup Playoff Roster is set out below: