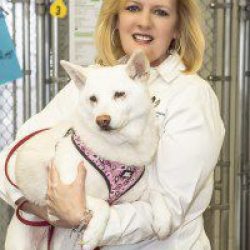 This year, 2017, marks my tenth year of involvement with the Animal Rescue League as a volunteer, fundraiser, board member, foster, and, as of 2015, the executive director.  By far, there is one question I have been asked more than any other:  “Is ARL a no-kill shelter?”

My answer has changed a bit over the years.  I would try to explain to the person asking me, most likely loudly, that we are an open admission shelter that takes in (back then) over 10,000 animals a year—animals that are dangerous and suffering, and how could we possible be “no kill” and, by the way, there is really no such thing, etc. etc.  If you were one of those people, I apologize.

What I have come to realize is that the term “no-kill” is very confusing, can be misleading, and sounds wonderful!  After all, isn’t that what those of us who love animals with all our hearts want—for every creature to have a loving, forever home?  Of course we do.

My new approach is to educate those who ask about the difference between a “no kill” shelter, sanctuary or rescue and “an open door shelter,” like ARL, that accepts every animal regardless of its age, health, temperament, breed, or probability of being adopted.  Well, why would we do that?  How can we possibly take in every animal asked of us, often without any sort of surrender fee to cover our costs, and expect to get them all adopted?  We don’t.  They won’t.  We know that.

However, what is the alternative?  What happens to those animals if we don’t take them?  I can tell you, because we also provide Animal Control and Humane Police Officer cruelty investigation services to Berks County.  We see it all the time.  They are dumped on the streets, in fields, or tossed out with the trash.  Some are injured or killed by traffic.  Many suffer and ultimately die because they require lifesaving veterinary care and their owners have no money.  Some die of heat stroke in the summer or freeze to death in the winter.  Some starve after years of fending for themselves.  Dogs that are loose and become aggressive are shot by police or others protecting themselves or their animals.  Stray cats are poisoned, shot or contract deadly diseases and die a slow, painful death.

The mission of a “No-Kill” shelter is to find a home for each animal taken in, with the promise that the animal will not be euthanized.  Needless to say, these shelters fill up quickly.  Often they are overcrowded and have a waiting list.  What do they do?  Decide which animals are the most “adoptable” and turn away the rest.  So the not so friendly cat with the severe upper respiratory infection and the 15 year old Yorkie with rotting teeth don’t make the cut.  The highly aggressive pit bull that has been trained to defend at all costs with a known bite history—nope, sorry.  The blind dachshund with obvious back problems will have to find somewhere else to go.

Advocates for the “no kill” movement criticize shelters like ours because we euthanize animals.  The fact is, “no kill” shelters and sanctuaries do not prevent animals from dying.  They just make sure it does not happen at their shelter.  This has caused hardships for many communities left without options for animal control and increased the burden on the few remaining open door shelters.

I am extremely proud of the fact that the Animal Rescue League has not euthanized for space in two years.  It has not been easy and that has not always been the case.  When I first came to ARL to volunteer, we took in over 10,000 animals, including wildlife.  Last year, we took in approximately 5,500 animals—still an overwhelming number, but far better than it was in the past.  I contribute that to several factors, including aggressive spay/neuter programs throughout our community, increased education of pet owners and a much welcomed increase in breed and special needs rescue groups that often come to our rescue when we are at capacity or have a particularly challenging dog requiring breed experience.

However, we still get full.  I remember one Saturday last summer when I walked into our dog intake area and the staff was crying.  We had taken in 17 dogs that day and were already full—short about 14 kennels.  It takes a lot to get our staff down, and I am proud to say we dried the tears and went to work calling potential fosters and (as in my case) our spouses.  Every single staff member took a dog home that night—just to get us over the hump until some were adopted or returned to their owner.  I am extremely proud of our staff (but I will save that for another article).

We have done everything in our power not to have to euthanize for space, including doubling our cat holding area, expanding our ARL Angels Foster Program, housing animals in underutilized areas like our board and education rooms, and developing relationships with other rescues and shelters.  It is working!  We have an extremely high live release rate for dogs and we have more than doubled our live release rate for cats in just two short years.  We will continue to strive to improve every year.

So will ARL become a “no kill” shelter?  Not as long as we are an open door shelter.  In all reality, when these sick, suffering, aggressive, dangerous animals have no place to go, we will not turn them away.  We will not make it someone else’s problem.  We believe every animal that comes to us for refuge should be given a chance to be comforted, evaluated, and given the opportunity to find a family that will cherish them.  Most of the time that is exactly what happens.  For the others, we believe they deserve the dignity and respect that we will show them during their time with us.  If we don’t care for them in their time of greatest need, who will?