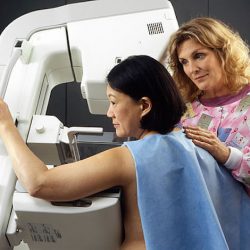 HARRISBURG, Pa. – Analysts say a new proposal to replace the Affordable Care Act would dramatically raise costs for older Americans and those with pre-existing conditions. A new amendment by Rep. Tom MacArthur of New Jersey is being touted as a compromise between moderate and far-right Republicans. It would allow states to opt out of rules that require all policies to provide essential benefits, limit the cost of premiums for older people, and prohibit charging more for pre-existing conditions. According to Marc Stier, director of the Pennsylvania Budget and Policy Center, typical Pennsylvanians could see huge premium increases.”If the person has diabetes, the average additional premiums would be $6,390,” he points out. “If someone has asthma, $4,950. If someone suffers from depression, the surcharge would be about $9,700 a year.”Stier says 5.3 million Pennsylvanians, more than half of all state residents younger than 65, have some form of pre-existing condition.Stier points out that under the Affordable Care Act, older people could not be charged more than three times the rate for younger people. The bill that failed to come to a vote in March would have increased that to five times as much.”This new bill allows states to opt out of the ratio entirely, so premiums could skyrocket for older folks,” he explains. “They might be paying $9,000, $10,000, $11,000 more than they otherwise would be paying.”Under the previous version of the GOP health care bill, an estimated 24 million Americans would have lost health insurance, including 1.1 million in Pennsylvania.Stier says it’s still too early to calculate how many people would lose insurance if this new version of the bill were to pass.”We do know, however, that with 52 percent of the people having pre-existing conditions, with these kinds of differences, lots of people in Pennsylvania will find insurance unaffordable,” he states.Stier points out that several Pennsylvania members of the House of Representatives opposed the last Republican plan, and the new version is even more extreme.