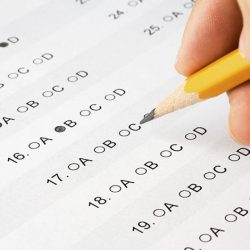 HARRISBURG, Pa. – A package of five bills designed to rein in standardized testing in Pennsylvania schools is getting bipartisan support. The goal of the bills, introduced on Tuesday, is to take some of the focus off standardized tests through policies that make sense for students and teachers. According to Jerry Oleksiak, president of the Pennsylvania State Education Association, the bills address concerns that the emphasis on high stakes testing has interfered with teachers’ ability to do what they’re supposed to be doing – educating their students.”They would help to reduce the amount of testing, the time of testing, the time of preparing for the test, remediating for the test, and also the expense for the school districts,” Oleksiak explains.The bills would require that exam results only be used to comply with federal law, let districts decide if the exams should be required for graduation and give parents more latitude to opt out.Oleksiak says the primary purpose of some standardized testing is to evaluate teachers and schools. But he doesn’t believe they give a fair assessment.”Tests are just one way to look at how a child is doing in school, and it’s a snapshot,” he points out. “It’s not going to give you a full picture of how well the student’s doing, how effective the teacher is or how good the school is doing.”Oleksiak says some schools have cut back courses, extra-curricular activities and other things students need to spend more time preparing for tests. Parents and educators have been raising concerns about the over reliance on standardized tests for several years. Oleksiak maintains the bills introduced this week show that state lawmakers have heard those concerns.”It has bipartisan support in both the House and the Senate,” he states. “They’re still circulating co-sponsorship memos, so I think this will generate more support the more that people understand the value of it.”