PA High on List of States with Most Drinking-Water Violations 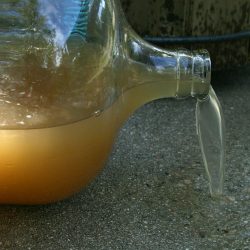 HARRISBURG, Pa. – About 5.6 million Pennsylvanians depend on drinking-water supplies that violate the Safe Drinking Water Act, according to a new report.The report from the Natural Resources Defense Council (NRDC) says nationally, one in four Americans is served by water systems reporting violations, including failure to treat water, excessive levels of contaminants such as arsenic or coliform bacteria, and failure to test water or report test results.But according to report coauthor Erik Olson, director of the NRDC’s Health Program, very few of even the most serious health-based violations face any enforcement actions.”Unfortunately, what we have is no ‘cop on the beat,’ he says. “No one is really enforcing the law in the vast majority of cases.”The Environmental Protection Agency (EPA) has warned that under-staffing at Pennsylvania’s Department of Environmental Protection caused the number of unaddressed drinking-water violations in the state to double over five years.However, according to Jamie Consuegra, legislative director of the NRDC’s Climate Program, President Donald Trump’s proposed cuts to the EPA could mean the elimination of more than 200 staff working on water-related issues at the agency.”So, despite the need for better and more enforcement of safe drinking-water laws, the Trump proposal would actually reduce EPA’s enforcement by nearly a quarter,” she said.The Trump budget also would eliminate a U.S. Department of Agriculture loan program for improving rural water infrastructure, although rural areas account for the majority of drinking-water violations.Olson points out the EPA estimates that upgrading water infrastructure nationwide would require an investment of up to $380 billion.”We’re living off of our great-grandparents’ investments. A lot of these water systems are 100 years old or older, and really need to be updated,” he said.He emphasizes that repairing water infrastructure would save lives, prevent disease and create jobs in communities that need them the most.