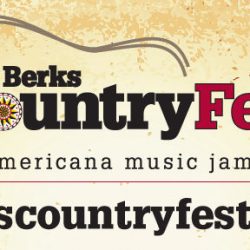 Editor’s note: bctv.org will feature a blog installation each Friday previewing a special segment of of Berks Country Fest: An Americana Jamboree!

Polkas are a popular part of music and dance culture around the world and in the context of Americana, polkas reflect the wonderful blending of old-world traditions with new-world exuberance.

One of the hottest polka bands on the planet, The Alex Meixner Band, comes from Florida and entertains regularly in Europe and all across America, including hot spots like Nashville and every major dance and beer festival in the USA.  Ultra-professional, polished, yet with a raw edge that brings audience members of all ages to their feet and keeps them there for hours, Alex Meixner is known for delivering a huge infusion energy to every performance.   Part of Alex’s appeal is his band’s choice of material.  Playing everything from traditional Austrian, Slovenian, European material, combined with much-beloved material from all of the American polka masters, The Alex Meixner Band also draws from diverse sources like The Who, Led Zeppelin, Ozzy Osborne and other famous rock and pop bands, to fuse material into the kind of frenzied performances that attracts the rock/pop crowd and the traditional polka crowd.  An Alex Meixner Band performance truly offers something for everyone and as the dance floors get packed, show after show, the phenomenon that is uniquely Alex Meixner ends up giving all involved the energetic feeling of a rock concert with the goodtime feelings of a polka party.

With titles like Polka Freak Out, Three Ring Circus, The Legacy and audience participation songs like Why Die Thirsty, Meixner’s CD projects reflect his frantic, yet charismatic on-stage energy.  With his long black hair wildly flaying in the breeze as he pumps the bellows of his beloved accordion, Meixner never fails to totally engage an audience.

For this special Polka Palooza Show, Meixner and his band will be joined by three inducted members of the Berks History Center’s Berks County Rock & Roll Hall of Fame.   Veteran guitarists Mickey Fisher, Dave Lewis and Berks Country Fest executive producer, Dave Kline will come together again as the Guitar Slingers to join Meixner and his band to help whip up the folks on the dance floor.  Also jumping into the jam will be Grand Old Opry fiddler Travis, “The Mad Fiddler”, Wetzel.   Dance music in almost every style will be performed by this folkloric supergroup.  Polkas, rock, pop and country, the audience will get it all through the combined and prolific talent, energy and showmanship of all of these musicians in a day-long concert at the fabulous and family-friendly European-style beer garden and stage atmosphere of the Evergreen club, with homemade food and ice cold beverages is a recipe that created a memorable show during last year’s fest and will certainly be one for the ages this coming June 4th.

Tickets are on sale now at www.berkscountryfest.com or in person at Meadowood Music, Route 222 Blandon, Zeswitz, Exeter off of Route 422, or at Mail N’ Ship 4 U, 96 Commerce Drive, Wyomissing, PA.

Here’s a look at some video of performances from our Berks Country Fest: An Americana Jamboree – POLKA PALOOZA last year…

Run Away:  Alex Meixner Band with the Guitar Slingers