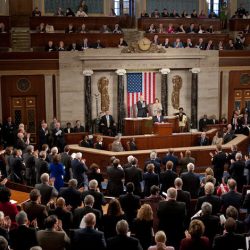 HARRISBURG, Pa. – The American Health Care Act that passed the House on Thursday would still cost millions their health insurance. That’s the assessment of its opponents. The vote was close, just 217 to 213. And despite promises to improve upon earlier versions that failed to come to a vote, Andy Slavitt, former acting administrator for the Centers for Medicare and Medicaid Services, says this version would still drop 24 million Americans from their health insurance.”Disproportionately older people, kids and people who are in the Medicaid program,” he says. “Secondly, we’d see a pretty significant increase in the average cost of insurance. And third, people would be losing their protections from preexisting conditions.”The bill also eliminates the requirement that plans cover maternity and newborn care, access to preventive and contraceptive care, and it defunds Planned Parenthood. It now goes to the Senate, where it already faces strong opposition.In Pennsylvania alone, Slavitt says, the House bill would take away about $3 billion in annual Medicaid funding.”And of course, the result of that would be the hundreds of thousands of people that have gotten insurance with Medicaid expansion would no longer get coverage,” he adds. According to the Pennsylvania Budget and Policy Center, 1.3 million Pennsylvanians would lose their health insurance.Slavitt notes it is impossible to know what the total impact of the House bill would be, because the vote was taken before the nonpartisan Congressional Budget Office could complete its report.”Normally we would never have a vote, particularly of this consequence – a social program that affects virtually every American – without having that evaluation done,” he explains. Two Republican Senators have publicly announced their opposition to the bill, and Slavitt notes that it would take only three Republicans to keep it from passing in the Senate.