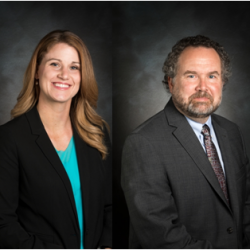 UGI Utilities, Inc. President and CEO Robert F. Beard announced the promotions of four individuals currently serving on the company’s senior management team.  The promotions, which were effective May 1, 2017 include:

Hans G. Bell will assume the newly established position of Chief Operating Officer. In this role, Bell will oversee the day-to-day operating functions of both the natural gas and electric divisions of the company.

Bell’s prior assignment at UGI Utilities was Vice President – Engineering and Operations Support, which he took on joining UGI Utilities in February 2013. Previously, he worked in a variety of engineering and operating roles for Nicor Gas, a natural gas distribution company in Illinois.

Kelly A. Beaver has been promoted to the role of Vice President – Engineering and Operating Support. Beaver will be responsible for the company’s engineering functions, which include design, capital planning, major project management, gas control, safety and training.

Beaver began her career at UGI Utilities in 2002 as a New Business Engineer and has held positions of increasing responsibility at both UGI Utilities as well as at UGI Energy Services, LLC., an affiliate of UGI Utilities.  Beaver has served as Vice President – Supply at UGI Utilities since October 2014.

Paul J. Szykman has been promoted to the newly established role of Chief Regulatory Officer. Szykman will be responsible for all UGI Utilities regulatory and government affairs activities, including rates.

Szykman joined UGI in 1986 and has held various positions in marketing, rates, energy supply, strategic planning, and government relations. He has served as Vice President – Rates and Government Relations since 2015, as well as Vice President and General Manager of UGI – Electric Division.

Keith G. Dorman has been promoted to the newly established position of Vice President – Communications and Community Relations. Dorman is responsible for all internal and external communications.  Dorman is also responsible for UGI Utilities community outreach, philanthropy, and employee volunteer programs.

Dorman joined UGI in 2012 as Director – Communications and Community Relations.  Prior to joining UGI, Dorman held public affairs and corporate policy positions both within the natural gas industry and with several consulting firms.

“The organizational structure we have established with these promotions positions UGI Utilities to better execute our strategy”, Beard said.

UGI is a natural gas and electric utility company that serves approximately 690,000 customers. UGI serves 45 counties in Pennsylvania and one county in Maryland. Additional information about UGI Utilities is available at www.ugi.com. Follow us on Facebook: www.facebook.com/ugiutilities or Twitter: www.twitter.com/ugi_utilities.