Talking to your student and family regarding Netflix Series, 13 Reasons Why 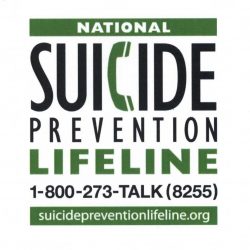 Editor’s Note: The following information is compiled from the PA Youth Suicide Prevention Initiative as well as communications from several local superintendents to students and families in our community.

There are many conversations occurring in our community and schools about a Netflix series, 13 Reasons Why. The series depicts a very personal look at teen suicide.

Netflix just released its highly publicized series 13 Reasons Why, an adaptation of the popular 2007 novel of the same name by Jay Asher. The series consists of 13 episodes that tell the tale of Hannah, a high school student who tragically ended her own life, but not before recording 13 sides of audio cassette tape implicating 13 individuals in her death. The novel is quite captivating and an unfortunate harsh truth about adolescence for some youth. Its move to Netflix will expose its content to a far wider audience. For those who may struggle with similar challenges as Hannah or live with their own vulnerabilities, the overall message of this series may get distorted into a sense that suicide is a natural way of solving life’s struggles. It is not.

The Pennsylvania Youth Suicide Prevention Initiative is pleased to share with you key talking points developed by SAVE and the Jed Foundation. It is with near certainty that many of our students will be talking about this series in school, in the community and at home. Being armed with appropriate and positive messages will help those struggling with their own emotional response to this series to put the dramatized content into realistic perspective and afford you with new opportunities for providing necessary support and resources.

• 13 Reasons Why (13RW) is a fictional story based on a widely known novel and is meant to be a cautionary tale.

• You may have similar experiences and thoughts as some of the characters in 13RW. People often identify with characters they see on TV or in movies. However, it is important to remember that there are healthy ways to cope with the topics covered in 13RW and acting on suicidal thoughts is not one of them.

• If you have watched the show and feel like you need support or to talk to, please reach out. Talk with a friend, family member, a counselor or therapist. There is always someone who will listen.

• Suicide is not a common response to life’s challenges or adversity. The vast majority of people who experience bullying, the death of a friend, or any other adversity described in 13RW do not die by suicide. In fact, most reach out, talk to others, and seek help or find other productive ways of coping. They go on to lead healthy, well-adjusted lives.

• Suicide is never a heroic or romantic act. Hannah’s suicide (although fictional) is a cautionary tale, not meant to appear heroic and should be viewed as a tragedy.

• It is important to know that, in spite of the portrayal of a serious treatment failure in 13RW, there are many treatment options for life’s challenges, distresses, and mental illness. Treatment works.

• Suicide affects everyone and everyone can do something to help if they see or hear warning signs that someone is at risk of suicide.

• Talking openly and honestly about emotional distress and suicide is ok. It will not make someone more suicidal or put the idea of suicide in their mind. If you are concerned about someone, ask them about it.

• Knowing how to acknowledge and respond to someone who shares their thoughts of emotional distress or suicide with you is important. Don’t judge them or their thoughts. Listen. Be caring and kind. Offer to stay with them. Offer to go with them to get help or to contact a crisis line, text, or chat service.

• How the guidance counselor in 13RW responds to Hannah’s thoughts of suicide is not appropriate and not typical of most counselors. School counselors are professionals and a trustworthy source for help. If your experience with a school counselor is unhelpful, seek other sources of support such as a crisis line, text, or chat service.

• While not everyone will know what to say or have a helpful reaction, there are people who do, so keep trying to find someone who will help you. If someone tells you they are suicidal, take them seriously and get help.

• When you die you do not get to make a movie or talk to people any more. Leaving messages from beyond the grave is a dramatization produced in Hollywood and is not possible in real life.

• Hannah’s tapes blame others for her suicide. Suicide is never the fault of survivors of suicide loss. There are resources and support groups for suicide loss survivors.

If you are concerned about someone, ask yourself the following questions.

Have they shown or shared any of the following: 1.  Talk about wanting to die, be dead, or about suicide, or are they cutting or burning themselves?

2.  Feeling like things may never get better, seeming like they are in terrible emotional pain (like something is wrong deep inside but they can’t make it go away), or they are struggling to deal with a big loss in their life?

3.  Or is your gut telling you to be worried because they have withdrawn from everyone and everything, have become more anxious or on edge, seem unsually angry, or just don’t seem normal to you?