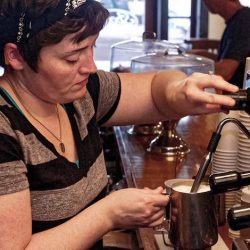 HARRISBURG, Pa. – More than 13 percent of Pennsylvanians lived in poverty in 2015 – and new research suggests that number would be lower if some workers weren’t being cheated out of pay they have earned. The Economic Policy Institute examined reports of minimum-wage theft in the 10 most populous states, including Pennsylvania. Among those states, the report found each year that 2.4 million workers are being paid less than minimum wage, amounting to more than $8 billion in lost wages annually. A senior economic analyst at the Economic Policy Institute and the report’s co-author, David Cooper, says nearly one in five of these workers lives in poverty. “If every worker who reported being paid less than the minimum wage simply got brought up, 160,000 fewer workers would be in poverty,” he says. “That’s not going to be a silver bullet that changes the whole poverty landscape, but it does mean a lot more folks who are able to afford their basic needs without having to turn to basic assistance programs.”The report says more than 100,000 Pennsylvania workers reported minimum-wage violations totaling almost $450 million a year.Cooper notes wage theft has a disproportionate impact on already vulnerable populations.”It tends to be younger workers,” he adds. “It’s majority women. People of color tend to be more likely to be victims of wage theft, and also immigrant workers. Workers who were not born in the U.S. tend to experience higher rates of wage theft than U.S.-born workers.”He says research shows tougher wage-theft violation penalties would be beneficial.”When you really make it more than a slap on the wrist, that has a deterrent effect,” explains Cooper. “The other piece of it is enforcement. Not only do you have to have strong penalties, but you also have to have people out there policing business activity. And unfortunately, in a lot of states, there just isn’t a lot of resources that are dedicated to policing wage theft.”The U.S. Department of Labor’s Wage and Hour Division is charged with investigating minimum-wage violations. But Cooper says the agency is stretched thin, with nearly the same number of investigators as it had almost seven decades ago.