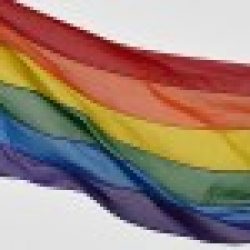 HARRISBURG, Pa. – With LGBT Pride celebrations just around the corner, a new report shows that lesbian, gay, bisexual and transgender adults are facing unique challenges as they grow older. From the end of “Don’t Ask, Don’t Tell” to the recognition of same-sex marriage, recent years have brought tremendous advances in LGBT rights. But, according to report author Heron Greensmith, senior policy analyst at the Movement Advancement Project, past discrimination still is taking a toll on the 2.7 million LGBT Americans over age 50.”A lifetime of discrimination and a lifetime of a lack of legal and social recognition of LGBT relationships creates economic insecurity, social isolation, and leads to minority stress and poorer health,” Greensmith explains. The report recommends steps to address these disparities including spousal benefits for those whose partners died before marriage was allowed, and reinstatement of benefits to veterans discharged because of their sexual orientation or gender identity.Some disparities persist, especially in states that have not passed laws banning LGBT discrimination. Greensmith points to a recent test in which older same-sex couples applied for housing.”In 10 percent of the tests, the same-sex couples were quoted rental prices at least $100 more than the different-sex couples, and in fact, half of the couples experienced overt discrimination,” Greensmith says. Greensmith notes that some of the progress of recent years now is being threatened by discriminatory policies on the national and state levels.For example, they note that questions about sexual orientation and gender identity have been removed from a draft of a national survey used to determine what services older Americans need.”When a population can point to data showing it needs specific, targeted services and programs, they’re more likely to receive funding to fund those programs and services,” Greensmith adds. Greensmith also adds that this data will be crucial as more LGBT adults reach retirement age.