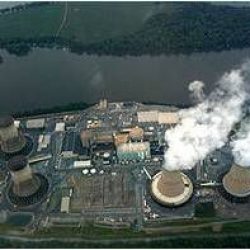 HARRISBURG, Pa. – Without a state bailout, the Three Mile Island Nuclear power plant could close in 2019 – and clean-power advocates say closing it may be the best option.Cheap natural gas, declining demand and the growth of renewables have driven electricity prices down, and Exelon, the company that owns Three Mile Island, has said the plant has lost money for more than five years. However, according to Tim Judson, executive director of the Nuclear Information and Resource Service, the substantial cost of subsidizing the plant would be borne by consumers – and there are better ways for the state to invest its energy dollars.”They could actually replace the nuclear power with renewable energy and energy efficiency,” he said, “and actually produce more energy than that to be able to reduce carbon dioxide emissions from dirty-energy, fossil-fuel plants.”Exelon has said nuclear power, which doesn’t release carbon emissions, is better than coal or natural gas for fighting climate change. However, Judson pointed out that carbon emissions don’t tell the entire environmental story.”The vast amounts of radioactive and toxic waste that are generated in order to make nuclear power mean that there’s a massive environmental cost of generating electricity this way that is unlike any other form of power on the market,” he said.Exelon also has contended that subsidizing Three Mile Island would save a source of good-paying jobs. Judson countered that solar and wind power are growing segments of the state and national economies.”By investing in renewable energy and energy efficiency, and modernizing our energy infrastructure,” he said, “we can create far more jobs at a lower cost than bailing out these old power plants that are still quite dirty and dangerous.”Analysts have said closing Three Mile Island would have little or no impact on the cost of electricity in Pennsylvania.More information is online at safeenergy.org.