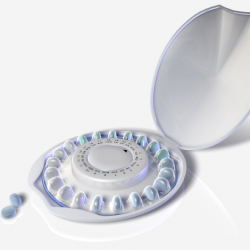 HARRISBURG, Pa. — Reproductive-rights advocates say a leaked Trump administration draft regulation threatens birth control insurance coverage for millions of women. Dated May 23, the “interim final rule” was circulated to several government agencies for comment. If put into effect as written, the rule would “expand exemptions for religious beliefs and moral convictions” to mandated coverage of contraception under the Affordable Care Act. According to Kaylie Hanson Long, national communications director for NARAL Pro-Choice America, the ACA’s birth control benefit, which ensures coverage of contraception for 55 million women, was the single greatest advancement in reproductive health care in a generation.”It gave women more control over our futures, allowed us to decide if and when and how to have our families,” Long said; “and if this is put into effect, we’re going to be in serious trouble.”On May 4, President Trump signed an executive order instructing three Cabinet departments to consider amended regulations, calling the ACA mandate an attack on religious liberty. But while Health Secretary Tom Price referred to actions to protect “deeply held religious beliefs,” Long noted that the draft regulation would allow employers to claim an exemption for almost any reason.”Broadening it in this way is really unprecedented,” she said. “And not even allowing for a comment period before it goes into effect just gives us no voice and no say in the matter either.”Although there may be a period for public comment at some point, as an “interim final rule” the regulation could go into effect immediately upon publication in the Federal Register.The National Women’s Law Center is preparing a lawsuit to challenge the rule if it is enacted, and Long said NARAL has been advocating on the state level since the contraception mandate became an issue during last year’s presidential campaign.”We have been working with state legislators throughout the country in a variety of different states to put together legislation that would protect or expand the Affordable Care Act benefit,” Long said.California, Illinois and Maryland already have enacted such laws. A bill in Nevada is awaiting the governor’s signature, and legislation is pending in New York, Connecticut, Massachusetts, Maine, Oregon, Rhode Island and Washington state.