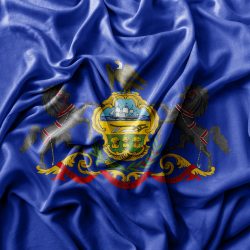 “As we speak, children are fighting for their lives in Reading, in Berks County and across Pennsylvania,” Caltagirone said. “To help them, and whenever we talk about curing pediatric cancer, we first need to think about funding. You cannot find a cure without funding the research. With new funding mechanisms nearly in place, I am hopeful that the state that cured polio can cure pediatric cancer.”

“I want to thank Representative Caltagirone for hosting today’s hearing on increasing funding for pediatric cancer research. It’s important that we continue to advocate for children and their families and dedicate the resources needed to help doctors and researchers find a cure,” said Rep. Mike Sturla, D-Lancaster, chairman of the House Democratic Policy Committee.

The House in April passed Caltagirone’s House Bill 46, which would establish a check-off box on Pennsylvania’s state income tax form to allow taxpayers to designate an unlimited contribution for childhood cancer research through the establishment of the Pennsylvania Pediatric Cancer Research Fund. The donations, deducted from the taxpayers’ refunds, would go to a current list of four hospitals and institutions in Pennsylvania that are conducting childhood cancer research and designated by the secretary of the state Department of Health.

The bill moved from the Senate Finance Committee last week. Caltagirone said he is confident that Pennsylvanians will have the option to check the box on their 2018 state income tax forms.