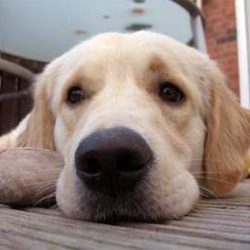 tether, fasten, chain, tie, restrain or cause an unattended dog to be fastened, chained, tied or restrained to houses, trees, fences, garages, stakes or other stationary or highly immobile objects by means of a rope, chain, strap or other physical restraint for the purpose of confinement, except under certain circumstances.

The anti-tethering legislation is modeled directly from the language that was considered by the PA State Legislature and that adopted by the Harrisburg City Council.

Dogs (like people) are social animals, yet many dogs in the U.S. live their entire lives at the end of a chain. Constantly tied–‐up outside, dogs become lonely, bored, and anxious, and often suffer from lack of proper food and shelter as well. They can also develop aggressive behaviors. These dogs also often bark excessively which is a quality of life for the dog and the neighborhood. This is a problem in numerous communities throughout the nation.

The goal of the ordinance isn’t to penalize humane dog owners who walk away from their tethered dog for a few moments but to give animal control officers a basis to investigate cases where dogs are left tethered for days on end with inadequate food, water and shelter.