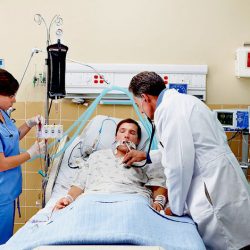 HARRISBURG, Pa. – The U.S. House of Representatives could vote this week on a bill that opponents say would prevent people from seeking justice in court if they, or a family member, were injured or killed by a medical provider, drug or device. Known as the Protecting Access to Care Act, the bill was rushed through committee without a public hearing. According to Dean Clancy, a partner with the public policy consulting firm Adams Auld LLC, the package of medical malpractice reforms would help doctors and hurt patients. He contends it’s unconstitutional.”The bill imposes a number of barriers, making it harder for patients to file a medical injury claim, and to get compensated for that claim if they manage to prevail in court,” he states.House Resolution 1215 also would apply to claims of neglect or abuse in nursing homes. Supporters of the bill say it would improve access to care by reducing extra testing, so-called defensive medicine, and excessive jury awards to patients.But Clancy points to research showing that medical malpractice damage awards have very little effect on the cost of health care.”Medical malpractice probably accounts for less than 2.5 percent of all health care costs,” he asserts. “So, there’s actually not much money to be saved in this area.”The Congressional Budget Office estimates the bill would save taxpayers about $5 billion a year, but Clancy says that’s based on outdated research.He adds the bill would override laws in all 50 states that govern how disputes between residents of the states are resolved – an area where Congress has no constitutional jurisdiction.”It even overrides state constitutional provisions that the people of the states have added to their constitutions in order to protect patients, and people who are injured by medical negligence,” he points out.HR 1215 is broadly opposed by patient safety advocates, veterans’ groups, Democrats and many conservatives.