Community Foundation awards $52,200 to bring the arts to downtown Reading 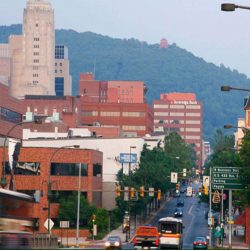 READING, PA – As part of a larger effort to build on the increasing momentum to revitalize downtown Reading, Berks County Community Foundation has awarded seven grants totaling $52,200 to bring arts programs to the Penn Street area.

The Penn Street Arts Grant Program brings residents of the city and the region to Penn Street to support downtown businesses and encourage the development of vacant properties by creative entrepreneurs.

“The more positive activity there is downtown, the more likely it is that businesses will want to invest in the area,” said Kevin K. Murphy, Berks County Community Foundation president.

The program began in 2015 and continues annually through at least 2019.

It complements other initiatives of the Community Foundation, such as the Downtown Alive free outdoor concert series in the 500 block of Penn Street and the Reading Fire + Ice Fest.

$15,000 plus an additional $5,000 that must be matched by new sponsorships or donations to support the Sabor Latino Music & Arts Festival put on by Centro Hispano Daniel Torres. The event will take place in the 500 block of Penn Street. A date has not yet been set.$9,950 to Genesius Theatre to stage a full-scale musical, complete with orchestra, in the courtyard in the middle of the 600 blocks of Penn and Court streets. This is the third year in a row for such a performance, which will likely take place in mid-September.$9,000 to Reading Choral Society to bring several choral programs to Reading, including a “Winter Sing” on January 13 at Christ Episcopal Church, 435 Court St.; Berks Choir Games at The Abraham Lincoln Hotel and other downtown venues on March 2 and 3; and a jazz concert at The Abraham Lincoln on April 8 during Berks Jazz Fest.$3,475 to support a Reading Film Fest event at WCR Center for the Arts, 140 N. Fifth St., during the festival, which is scheduled for November 10, 11 and 12.$3,475 to WCR Center for the Arts to host a Berks Jazz Fest concert in 2018.$3,300 to Ringgold Band to perform a holiday concert in downtown Reading.$3,000 to Reading Theater Project to support its program “Fight or Flight:  New Plays on Fear.” Reading Theater Project has commissioned eight 10-minute plays that will be performed together in downtown Reading with audience “talk backs” on the weekends of September 15-17 and 22-24.