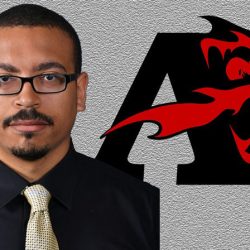 Albright College head men’s basketball coach Rick Ferry has announced the hiring of Lawrence Livingston as an assistant coach. Livingston comes to Albright after spending the last two seasons as a graduate assistant coach at Goldey-Beacom College, his alma mater.

Last season at Goldey-Beacom, Livingston helped the Lightning to a 10-win improvement as the team finished with a 20-7 overall record and a 14-5 record in Central Atlantic Collegiate Conference play. It marked the team’s first winning season since the 2011-12 campaign. The 20 wins tied a school record, and the team set program records with a 12-game winning streak, 11 road wins and a seven-game road winning streak.

Livingston finished his playing career for the Lightning as one of the most accomplished post players in program history. He is the career leader in blocked shots with 112, and he’s also eighth in school history with a 49.2 career shooting percentage. Off the court, Livingston was named to the NABC Honors Court and as the team’s academic achievement award winner in 2013.

“We are very happy to welcome Lawrence to Albright,” Ferry said. “With the success he had at Goldey-Beacom both as a player and a coach, we are more than confident that he can help our guys reach their full potential.”

Between stops as a player and coach at Goldey-Beacom, Livingston served as an assistant coach at Bacone College in Muskogee, Okla. He helped one his post players earn NAIA All-America honors while also serving as head coach of the junior varsity team. Livingston also spent last summer as an operations intern with the Delaware 87ers of the NBA D-League.

Albright is coming off a trip to the MAC Commonwealth Tournament championship game.