COCA Executive Director to Retire After Four Decades of Leadership 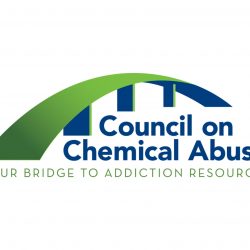 Reading, PA: The Board of Directors of Berks County’s Council on Chemical Abuse (COCA) has announced its acceptance of Executive Director George J. Vogel, Jr.’s request for retirement.

After a distinguished career of almost 50 years, 40 of them serving the Berks County community as Executive Director, Vogel will retire on Sept. 30, 2017.

“It has been an honor to work with George over the years,” said Board President Jeff Auman. “His visionary leadership and passion have paved the way for continued growth and expansion of necessary services to address the disease of addiction. He has established a strong foundation and history of success at COCA. We are sad to see George leave, but we are excited to see the organization continue to grow, thanks to George’s commitment and dedication.”

Vogel started his career in 1969 as a Juvenile Probation Officer and worked as a Counselor at the Bureau of Employment Security before serving as Program Director of COCA’s Prison Counseling Program. On January 10, 1978, Vogel was named the second Executive Director of COCA by the Berks County Commissioners. On the day he was hired, Vogel told members of the media that he hoped to use his new position to expand the drug and alcohol abuse programs in the general community as well as in the county’s school districts.

True to his word, Vogel has played a crucial role in establishing drug and alcohol prevention education programs in Berks County schools, opening doors to allow more people to get addiction treatment, and securing funding and governmental agency support to open recovery housing for those in early recovery from addiction. Today COCA has contracts with 73 different

facilities both local and regional, providing the full array of drug and alcohol services.

“George is both a leader and a visionary,” said Stanley Papademetriou, Drug & Alcohol Assistant Administrator at COCA. “In the late 1980s, he imagined a place where those in early recovery from addiction could help each other while living together in a structured and sober environment. Working with local stakeholders, George secured a grant to establish the first Bridge House in center city Reading. It is just one of numerous examples illustrating how George’s foresight and persistence has made a huge difference in our community.”

Today, COCA’s funds help to support nine recovery houses that annually serve over 300 Berks County men and women who are in early recovery from addiction. Thousands of Berks residents have gone on to establish and solidify their recovery and lead sober, healthy and productive lives because of these houses.

Berks Commissioner Kevin Barnhardt said that for more than 10 years Vogel has been a close and trusted ally in efforts to help heal those in treatment and recovery. “George has been a leader at the forefront of many initiatives to improve outcomes for those in his care. He has a passion for what he does. His staff is a testament to his legacy.”

One of the greatest areas of internal growth at COCA has been in the Prevention Department, which reaches more than 10,000 students every year through education in the schools and community programs.

“George Vogel is a friend and the person I trust the most when it comes to the issue of drug and alcohol addiction and treatment,” said Berks Commissioner Chairman, Christian Leinbach. “I’ve learned so much from working with George. He can be serious and funny, but he is especially passionate about doing the right thing when it comes to drug and alcohol related matters. I will miss having George on our team.”

The COCA Board of Directors has established a Search Committee for its new Executive Director. Applications will be accepted beginning early July.