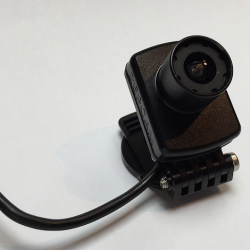 HARRISBURG, Pa. – A bill that opponents say would restrict public access to police video is now on Gov. Tom Wolf’s desk.Senate Bill 560 cleared the House last week and passed in the Senate on Tuesday. According to Elizabeth Randol, legislative director of the ACLU of Pennsylvania, the whole idea behind police wearing body cams was to bolster police accountability and transparency. But if it becomes law, this bill would exempt the video recorded by those cameras from the state’s right-to-know law, removing the presumption that the video is a public document.”It also sets up a very onerous and expensive process that anyone in the public, which includes the press, would need to go through to request a copy of the footage,” she stresses.Proponents of the legislation contend that police video is an investigative tool not subject to public access.But Randol says that was never the primary purpose of the cameras and this bill will turn them into surveillance tools.”Body cameras will be very difficult to serve a purpose of increased transparency and accountability and instead will be used in the service of data and evidence collection of residents and communities,” she points out.The governor is expected to sign the bill into law.Randol says Wolf has acknowledged that the bill isn’t perfect, but he maintains it will clear the way for police to start using the cameras. She disagrees with that assessment.”It’s not just imperfect, it’s bad and it’s regressive, and it does some real damage to how we understand and how law enforcement will understand their obligation to the public,” she states.On a separate track, last week the state Supreme Court ruled that the public should have access to police dash-cam video unless it can be proved that the video is for a criminal investigation.