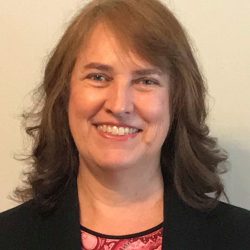 Dr. Lorena Tribe, Associate Professor of Chemistry at Penn State Berks, has been named a Fellow of the American Chemical Society (ACS). She is the only Penn State professor outside University Park campus to receive this honor. Tribe will be recognized at a special ceremony during the ACS National Meeting in Washington, DC on August 21, 2017, at the Marriott Marquis Hotel.

The ACS is the premier chemistry organization in the world, representing more than 157,000 members globally, including chemists in academia, national laboratories, and industry. This year, less than .05 percent of the Society’s members were named Fellows. Tribe is in good company; other Fellows hail from such well-renowned institutions as Massachusetts Institute of Technology, Johns Hopkins University, the National Science Foundation, and companies such as The Dow Chemical Company and DuPont, just to name a few.

Tribe’s contributions to the science and the profession are impressive. She is recognized for advances in environmental chemistry using computational methods, such as the fate of herbicides and the contamination of aquifers by arsenic. She has also made significant contributions to the ACS community, including leading the first onsite ACS strategic planning event as Lehigh Valley Local Section Chair, recognizing 24 local section members as Awards Chair, and producing four editions of The Surface and Colloid Chemist (Division of Colloid and Surface Chemistry newsletter).

The ACS Fellows Program was created by the ACS Board of Directors in December 2008 to recognize members of ACS for outstanding achievements in and contributions to science and the profession, and for equally exemplary service to the Society.