Walding Named EL Player of the Month of June 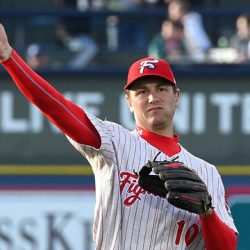