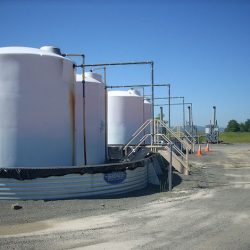 HARRISBURG, Pa. – A federal appeals court in Washington has dealt a blow to the Trump administration’s plans to roll back environmental regulations. Last month EPA Administrator Scott Pruitt imposed a 90-day moratorium on rules regulating emissions from new oil and gas wells, then proposed extending that for two years. But last Monday, in a 2-to-1 decision, the federal court ruled that Pruitt’s action was arbitrary, capricious, and exceeded his authority. Peter Zalzal, an attorney with the Environmental Defense Fund, calls the ruling good news for the environment, and for those downwind of gas facilities. The Environmental Defense Fund sued the EPA to stop the rollback.”Nationwide pollution limits for oil and gas wells and other pieces of equipment will take effect, and those limits will provide critical public health protections for tens of thousands of Americans,” Zalzal explains.The Trump administration is trying to undo many environmental regulations that it says hinder economic development. No decision on a possible appeal of the ruling has been announced.Oil and gas facilities leak methane, a powerful greenhouse gas, and smog-forming chemicals that can trigger respiratory ailments. While the Environmental Protection Agency itself may not make enforcement of the rules a high priority, Zalzal points out the rules are now the law of the land.”That’s something that both the federal government and citizens can take action to ensure are enforced,” he stresses.While the EPA can change rules, the court said it must engage in the rule-making process, including accepting public comment, to do so.Zalzal says environmental advocates are not the only voices that were raised against the EPA administrator’s action.”There’s really critical leadership from a coalition of 15 state attorneys general to ensure our nation’s clean-air laws are enforced,” he points out.The EPA will holding a public hearing on the proposed two-year suspension of the rules on emissions from new oil and gas facilities.