The Beach Boys will have “Fun, Fun, Fun” in Reading 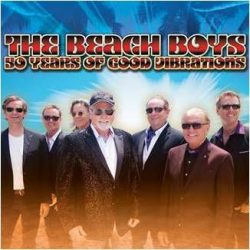 One of the greatest pop music acts in history is coming to Reading, PA! It is without a doubt that The Beach Boys significantly changed the direction of the musical landscape, and they continue to perform and create with the same style that influenced their explosive debut over 50 years ago.

The Beach Boys are famously known for passing many musical milestones, whether it be creating the Pet Sounds masterpiece in 1966, recording the Golden Globe nominated “Kokomo” in 1988, being inducted into the Rock & Roll Hall of Fame, watching worldwide album sales blow past 100 million, or winning the NARAS Lifetime Achievement Award in 2001 which has been given to greats including The Who, Bob Marley, Tony Bennett, Sammy Davis Jr. and Les Paul.

Tickets go on sale Thursday, July 13, 2017 at 10am online at ticketmaster.com and in person at the VF Outlet Box Office at the Santander Arena.