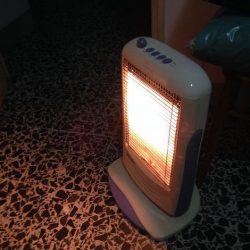 HARRISBURG, Pa. – Responding to the threat of a cut at the federal level, Pennsylvania’s Department of Human Services has proposed reducing the budget for home heating assistance. Calling it a “lower-impact program,” President Trump wants to eliminate the Low-Income Home Energy Assistance Program, or LIHEAP. DHS officials want to be prepared if funding is reduced, so they’ve proposed a 25-percent cut to program funding in Pennsylvania. But according to Maripat Pileggi, staff attorney at Community Legal Services of Philadelphia, about 348,000 Pennsylvanian families relied on LIHEAP grants to get through the latest heating season.”We are really afraid that a LIHEAP cut would mean more cold kids, more cold seniors, more cold people with disabilities and more lives at risk,” she says. DHS is holding public hearings on the proposed cut Tuesday in Harrisburg and on Thursday in Pittsburgh.DHS says if the cuts go through and the state then gets more money than anticipated, money could be restored to the program. But Pileggi thinks making cuts now would send the wrong message.”What we hope is that DHS will send a really clear message to the federal government that we need full federal funding so that we can operate an effective program in Pennsylvania,” she explains. The DHS proposal also would end the LIHEAP heating season earlier and reduce the maximum crisis grant by $100.Pileggi notes that if the federal program is cut, the state currently has no plan to step in to provide needed home-heating assistance.”We’re one of the few cold-weather states that doesn’t have some state funding available for heating assistance,” she adds. “So we certainly hope that’s something that we could see in Pennsylvania.”In the winter of 2015-16, Pennsylvania households received a total of $159 million of assistance from LIHEAP.