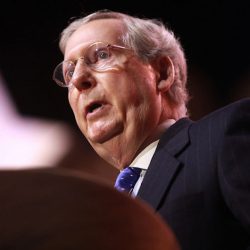 HARRISBURG, Pa. – On Thursday, Republicans unveiled their latest revision of a bill to repeal and replace the Affordable Care Act, but critics say it’s got many of the same problems as the last one. Hoping to satisfy both the most conservative and more moderate factions of the GOP, the new proposal would leave ACA taxes on the wealthy in place, and further deregulate the insurance industry. But according to Joanne Grossi, AARP Pennsylvania state president, it would still cut Medicaid by almost $800 billion, which would take a toll on residents of the Commonwealth.”More than 700,000 receive health insurance now in Pennsylvania thanks to Medicaid expansion, and all of these people now will be in jeopardy of losing their health insurance,” Grossi states.At least two Republican senators have announced they do not support the revised version of the bill, putting its passage in jeopardy.Grossi points out that one of the changes would create a two-tiered system by allowing insurers to offer policies that do not meet the Affordable Care Act requirement for comprehensive coverage of medical services. “We think people will unknowingly purchase health insurance that they don’t realize is poor quality, doesn’t cover really essential conditions and benefits that they need,” she states.Grossi adds the revision would still allow insurers to deny coverage or charge much more to insure 5.5 million Pennsylvanians who have pre-existing health conditions.She also notes the new revision still allows a 5-to-1 increase in premiums for older Americans, and reduces the subsidies that currently help 80 percent of Pennsylvanians buy health insurance.”We don’t think there’s anything in any of these bills that make health insurance affordable, accessible or quality for the citizens of Pennsylvania, especially for those over 50,” she stresses.Senate Majority Leader Mitch McConnell plans to bring the bill up for a vote next week.