Regina Spektor to perform in Reading on Rare U.S. Solo Tour this Fall 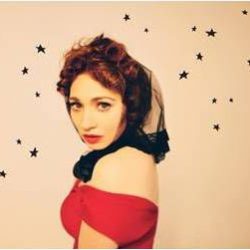 Singer-songwriter, Regina Spektor, will take the stage at the Santander Performing Arts Center on November 8, 2017 for a very intimate solo performance.

Spektor recently completed a sold out spring tour across the United States in support of her critically acclaimed new release Remember Us To Life, out now on Sire/Warner Bros. Records.

The San Francisco Chronicle noted of Spektor’s inclusion in this year’s 50th Anniversary celebration of the Monterey International Pop Festival, “Her booking was an inspired one, as many audience found themselves in the audience unexpectedly singing along to songs.”

In addition to the upcoming tour dates, fans can hear more from Spektor later this year as she makes guest appearances on new records from ODESZA and Gogol Bordello. Regina’s involvement in many projects from music, theatre, TV and film, such as the Hamilton Mixtape and Netflix’s Orange Is The New Black led the NY Post to declare Spektor a “key reference point in American pop culture.”

Tickets go on sale Friday, July 14, at 10 am online at ticketmaster.com and in person at the VF Outlet Box Office at the Santander Arena.