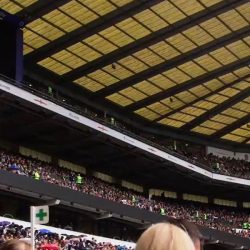 NEW YORK—On May 19, 2017, Jehovah’s Witnesses will begin their series of three-day annual conventions with the theme “Don’t Give Up!” The program will be held in select venues around the world and will continue through early 2018. As in years past, the Witnesses are participating in a global campaign to personally invite the general public to attend.

Admission to each event is free and no collections are taken. “Nearly thirteen million persons attended our conventions last year worldwide,” states David A. Semonian, spokesman for Jehovah’s Witnesses at their world headquarters in Warwick, New York. “We hope to have an even larger audience this year.”

The program is divided into 52 parts and will be presented in a variety of formats, including brief discourses, interviews, and short videos. Additionally, one segment of a three-part feature film entitled Remember the Wife of Lot will be shown each afternoon. The dates and locations for each convention can be found on the Witnesses’ official website, jw.org. Media outlets may contact the nearest branch office of Jehovah’s Witnesses for more information, including the name of a local media contact for reporters planning to cover the convention.

“Challenges in life can rob us of peace and even cause some to think about giving up,” says Mr. Semonian. “Our convention this year will benefit both Witnesses and non-Witnesses because it promises to empower individuals not only to keep enduring but also to cope with challenges productively.”

Complete information and program schedule can be found at https://www.jw.org/en/jehovahs-witnesses/conventions/