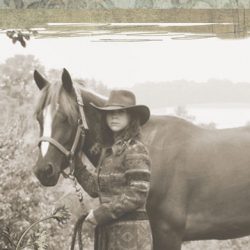 SHILLINGTON, PA – Mifflin Community Library will present Country Singer and Songwriter Haley Sheeler in a free concert on Sunday, August 6, from 6:00 pm to 8:00 pm at the Mohnton Memorial Park Band shell on Walnut Street, Mohnton, for its final performance of its 2017 Summer Concert Series.

A Pennsylvania native, Haley Sheeler, is a well-known figure in the Berks music scene. Inspired by the by notable singer/songwriters of the 1960’s and 70’s, such as James Taylor, Carole King, James Browne and Joni Mitchell, Sheeler’s sound is pure and simple—classic folk and the down-home flavor of country music. Her performances are speckled with new and used country tunes, as well as her own brand of folk reminiscent of the Woodstock era.

“I really like the old-school country stuff,” says Sheeler. “I like it because they are playing real instruments and not everything has been changed in the studio. It’s real music.”

Sheeler released her second CD titled “Walkin’ West” and her third CD titled “The Springs of Colorado” with the intention of showcasing her love of country music. For more information on Sheeler visit her website at www.HaleySheeler.com.

Bring a lawn chair or a blanket to relax and enjoy the concert. Food is available at the snack bar in the park. In case of rain, the concert will be held at the St. John’s Parish House at One Front Street Plaza in Mohnton.

Mifflin Community Library receives state arts funding support through a grant from the Pennsylvania Council on the Arts, a state agency funded by the Commonwealth of Pennsylvania and the National Endowment for the Arts, a federal agency. PPA is administered in this region by Berks Arts Council. Further support for Mifflin Community Library’s 2017 Summer Concert Series has been provided by Mifflin area businesses.

For more information on this concert, the Summer concert Series or other programs and events at the Mifflin Community Library, please visit www.berks.lib.pa.us/mifflincl