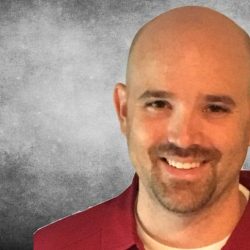 Alvernia University has announced the hiring of Steve Rowe as the next head coach of the men’s ice hockey program.

Rowe, an Alvernia alum, was instrumental in founding the ice hockey club in 2002 and played until his graduation in 2005.

“We are looking forward to have Steve take over the reins of our program,” said Bill Stiles, Alvernia’s Director of Athletics. “As an alum and a founding member of the club, I have no doubt Steve will work tirelessly to ensure our program’s success.”

Rowe will begin work immediately. The Alvernia Ice Hockey season extends from late September into March. It uses the BodyZone for practice and some home games and will also play some games at the Santander Arena, home of the Reading Royals.

“I am excited to return to Alvernia and the program which my teammates and I founded,” said Rowe. “I would like to thank Coach [Tom] O’Connell and Coach [Andrew] Dziedzic for the years of hard work and dedication they have given to the team. The program would not be where it is today if it were not for their many contributions. I look forward to meeting the team, establishing our staff, and preparing for the season ahead. My goal is to further develop our program into a strong regional competitor for many years to come.”

Rowe started his coaching career as Head Coach and Assistant General Manager of the Penn State-Berks Blue Lions Ice Hockey team following his graduation from Alvernia in 2005. At Berks he was the director of the university’s ACHA Division III team while managing the budgets for both the Division I and III teams.

Rowe, who holds a Level 4 Coaching Certification from USA Hockey, has worked with players from Mites to Midgets ranging in age from six years old to 18 developing younger players and mentoring high school players through the college recruitment process.

Alvernia University competes in the Delaware Valley Collegiate Hockey Conference and was a member of the National Division. This fall the Golden Wolves will be members of the American Division.