Report: PA Needs to Do More to Combat Cancer 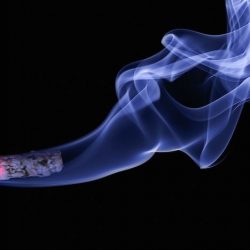 HARRISBURG, Pa. – Pennsylvania has made some progress in its efforts to reduce cancer risks and deaths, but a new report says the state could do more. Tobacco still is the leading cause of preventable cancer in the state, accounting for almost 28 percent of cancer deaths and more than $6.3 billion in state health-care costs annually. According to Diane Phillips, director of government relations for the American Cancer Society Cancer Action Network, the last year’s increase in taxes on tobacco products will help discourage smoking, especially among young people. But the smoke-free workplace law, passed in 2008, still has loopholes, especially for hospitality workers in bars and casinos.”Those tend to be folks who may not be covered by any kind of health-care coverage, so there’s a double concern there,” she says. “And we simply want to see all workplaces become smoke-free in Pennsylvania.”The annual report rates all 50 states on prevention programs, access to care, pain-control policies, access to cancer screenings and more.Another area of concern is state spending on programs to help people stop smoking or keep them from starting. Phillips notes that the state has diverted increasing amounts of money from the tobacco settlement fund to other purposes.”Over time, the percent and amount of dollars for prevention and cessation have gone down,” she adds. “So we would really like to see the dollars reinstated to the 2001 level.”Pennsylvania now spends less than 10 percent of what the Centers for Disease Control and Prevention recommends for smoking-prevention programs.Phillips adds that Pennsylvania made significant progress in increasing access to care through the Medicaid expansion, so recent efforts in Congress to drastically cut the program are very troubling.”That’s not the promise that was made when the original Affordable Care Act was passed. And for thousands of people across the Commonwealth, that’s how they’re going to get access to cancer-prevention services and treatment.”On a positive note, Pennsylvania is one of only eight states appropriating 100 percent or more of its CDC awarded funds to help eligible women receive breast- and cervical-cancer screenings.