Politically Uncorrected: The Next Election 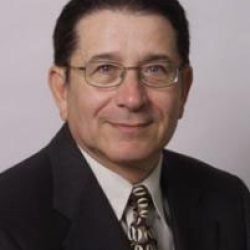 Pennsylvania sage Ben Franklin once assured us that death and taxes were the only certainties; if Franklin were still among us, he surely would have added mid-term election angst to his list of sure things. As we approach the end of the second decade of the 21st century, previously politically apathetic Americans increasingly are becoming fixated on the next election.

The ongoing Washington soap opera of the past six-months explains some of America’s. But the ever-rising stakes in our seemingly perpetual public policy debate probably explains more of it.

Not surprisingly then, despite the fact we are only some eight months past the 2016 elections, the upcoming 2018 midterm elections are well underway. Indeed, for some the 2020 presidential race is even underway.

Already daily stories appear about at least a half dozen other possible Trump opponents. Astonishingly, the New York Times is even reporting a “shadow” campaign going on to replace Trump, AMONG SOME GOP officials.

But it is the 2018 midterm and the prospects for Democrats to recapture Congress that preoccupies most.

The political fundamentals of mid-term elections are well established. In 18 of the last 20 midterm elections going back some eighty years, the party that held the presidency has lost seats. In this century, the 2006, 2010 and 2014 elections were representative, producing one-sided elections that brutally hammered the president’s party.

So, the GOP should be in trouble, but they may not be. Despite the normal historical pattern of mid-term carnage, major reversals and loss of congressional seats for the president’s party cannot be assumed in 2018. One reason for this is that decades of gerrymandering compounded by the electorates growing polarization has dramatically reduced the number of competitive House districts.

The highly respected Cook Political Report reveals how very few House victories in 2016 were close. Altogether, of the 435 seats up for grabs, only 32 were won by less than 10 percent. Moreover, for Republican’s only 15 of them were single digit victories.

Democrats need but 24 seats to regain the House in 2018. But even with an unpopular president in the White House, the legacy of gerrymandering suggests this will be a heavy lift. Adding to the 2018 uncertainty is the issue of President Trump’s job performance, a metric now hovering about 38 percent positive. Trump’s low approval ratings would forecast a gain of 20 to 30 seats next year for Democrats.

But, winning back the senate may be even a harder task for Democrats. They must defend 25 seats of the 33 up for election and 10 of those 25 seats are in states won by Trump in 2016.

Pennsylvania’s role in all of this may be pivotal. If a “Democratic wave” develops in 2018, several GOP House seats are potentially at risk.

Some early assessments of Pennsylvania’s 18 congressional seats identify four Republican seats as vulnerable to a Democratic challenge. Lou Jacobson, a senior author for the Almanac of American Politics, has identified Ryan Costello (6th), Pat Meehan (7th), Brian Fitzpatrick (8th) and Lloyd Smucker (16th) as in danger. The first three in the list are suburban seats trending Democratic over the last decade. The fourth seat (Smucker) is still rural but its suburbs are growing.

On the senate side the seat held by Pennsylvania Democrat Bob Casey  is widely considered safe next year. The senator has won five elections for three different statewide offices. Four of these five victories have come by double digits.

Despite Casey’s electoral strength, this senate race could still become one of the most closely watched in the country – if as expected one of the president’s most ardent Pennsylvania supporters runs against Senator Casey.

Poised to seek the seat is Congressman Lou Barletta. He represents a district running from Luzerne County down into the south central part of the state. Barletta co-chaired the Trump campaign in the state, served on the president-elect’s transition team and votes consistently in Congress for the Trump agenda.

Senator Casey has emerged as one of Trump’s harshest critics, with daily critical press statements and a rising national prominence tied to his opposition to Trump. Conversely, Barletta would be seen as a Trump surrogate drawing both the president’s support and opposition. Consequently, a Casey-Barletta race would inevitably be seen as a referendum on the Trump presidency in a state that critically aided his victory in 2016.

A Casey win in 2018 against Barletta will be an ominous portent for Trump looking to 2020, but a Barletta win will auger auspiciously for Trump and his chances to win Pennsylvania a second time.

In 2016, Pennsylvania returned to its battleground state status helping deliver the presidency to Trump. In 2018, Trump won’t be on the ballot, but Pennsylvania may still be a battleground.