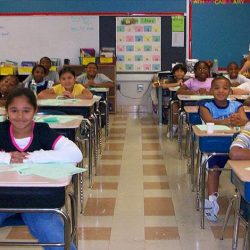 HARRISBURG, Pa. – Educators are giving Gov. Tom Wolf high marks for announcing he’ll reduce classroom time spent on standardized tests.The governor announced Monday that he plans to cut the time students spend taking the Pennsylvania System of School Assessment, or PSSAs, by 20 percent for grades three through eight, and 25 percent for the youngest students.According to Delores McCracken, vice president of the Pennsylvania State Education Association, students have been spending an estimated 110 hours of classroom time each year on test preparation and taking PSSAs.”Our students should be spending the time on the district curriculum,” she said, “and not spending the time taking a test that only measures a point in time and is not a true picture of the student’s ability.”Wolf’s plan could eliminate two full days of testing for some schools. Standardized testing still is required by the federal Every Student Succeeds Act, but McCracken noted that scores don’t take into account the wide discrepancies in funding between school districts in Pennsylvania.”We would like to see these tests used only for government accountability requirements,” she said, “and not being used to measure the success of a student or a school.”PSEA also recommended separating the state’s Keystone Exams from high-school graduation requirements. Passing those exams in algebra, biology and English literature has been a requirement to get a diploma. Until recently, McCracken said, that included students in career- and technical-education programs.”The governor has recently signed a piece of legislation that offers a different career path for those students without having to pass the Keystone Exams, which is important for them,” she said.The Department of Education has said it will continue to look for ways to reduce the interruptions and learning disruptions that standardized testing can cause.The PSEA policy brief on standardized testing is online at psea.org.