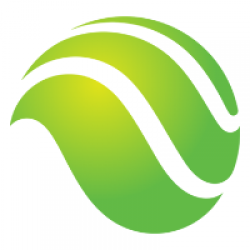 Reading, PA – Weidenhammer is the new, exclusive title sponsor of the Box Office at the Santander Arena effective September 1, signing a multi-year agreement with SMG, which operates the 8,500-seat arena for the Berks County Convention Center Authority.

“Weidenhammer is proud to lend our name to the Box Office at the Santander Arena. The Arena, along with the Performing Arts Center, serves as the entertainment hub for Reading, Berks, and surrounding areas. The Arena ranked in the top 100 for ticket sales in the U.S. last year, and hosted a record 275 events, with more than 420,000 people attending these shows and events. We look forward to a great partnership with the Arena in sponsoring the Weidenhammer Box Office,” states John Weidenhammer, President.

“We couldn’t be more thrilled to have Weidenhammer’s name on the Santander Arena Box Office. They have been such great supporters of arts and entertainment in our community, that it makes for a perfect fit,” states David Farrar, General Manager of the Santander Arena and Santander Performing Arts Center.

Along with the official renaming of the box office, SMG will soon announce additions to the 2017-2018 entertainment line-up for Santander Arena. Numerous concerts are currently on sale for both venues, including: Scorpions, Nicky Jam, Alabama, Tesla, ZZ Top, Jersey Boys, Wizard of Oz, Marc Anthony, PJ Masks, & more.