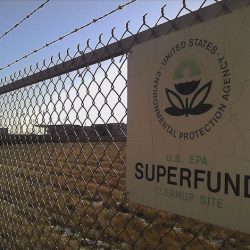 HARRISBURG, Pa. – The Trump administration’s proposal to slash the Environmental Protection Agency’s budget by 30 percent would put Pennsylvanians at great risk, according to a new report. Over the past five years, the Keystone State has received more than $225 million in grants from the EPA. The report from the Environmental Defense Fund says the administration’s proposal would cut the agency to its lowest funding level in 40 years. Bill Becker, former head of the National Association of Clean Air Agencies, says cuts of that magnitude would be catastrophic.”More people would die prematurely, and many more would get sick unnecessarily, and that would be tragic because all of these illnesses are preventable,” he states.The administration maintains that EPA regulations impose burdens on industry that slow development. But critics of the funding cuts argue that they ignore the costs in health, lives and productivity caused by pollution.Patrice Tomcik, a field organizer with Moms Clean Air Force, notes that more than 3,400 Pennsylvanians are saved every year by EPA programs that cut air pollution and toxic mercury.”These EPA protections help reduce the occurrence of ‘Code Red’ days,” she points out. “This is when air pollution is so bad that children and seniors are advised not to spend time outside.”More than 1 million adults and 300,000 children in Pennsylvania have asthma, but the Trump administration would cut state and local air quality monitoring by nearly a third.Becker points out that Superfund and Brownfield site cleanup funds would also be cut by 30 percent, and millions of federal dollars to control pollution from rainwater runoff and to clean up water flowing into the Chesapeake Bay would be eliminated entirely.”It is a small price to pay to equip state and local officials with the financial and regulatory tools to clean up the environment when you fully understand the impacts that could occur if you don’t provide these resources,” he states.The report says EPA funding has been cut repeatedly in recent years and is currently little more than two-tenths of 1 percent of the total federal budget.