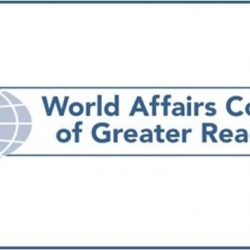 Dr. David Titley currently is Professor of Practice in the Department of Meteorology at the Pennsylvania State University, and founding Director of Penn State’s Center for Solutions to Weather and Climate Risk. The Center helps organizations and citizens prosper and succeed in today’s and tomorrow’s weather and climate environment by taking advantage of all the skill in weather and climate forecasts.

Dr. David Titley served as a naval officer for 32 years and rose to the rank of Rear Admiral. Dr. Titley’s career included duties as commander of the Naval Meteorology and Oceanography Command; Oceanographer and Navigator of the Navy; and Deputy Assistant Chief of Naval Operations for Information Dominance. He also served as Senior Military Assistant for the Director, Office of Net Assessment in the Office of the Secretary of Defense.

While serving in the Pentagon, Dr. Titley initiated and led the U.S. Navy’s Task Force on Climate Change. After retiring from the Navy, Dr. Titley served as the Deputy Undersecretary of Commerce for Operations, the Chief Operating Officer position at the National Oceanic and Atmospheric Administration.

Dr. Titley serves on numerous advisory boards and National Academies of Science committees, including the CNA Military Advisory Board, the Center for Climate and Security and the Science and Security Board of the Bulletin of the Atomic Scientists.

Dr. Titley is a fellow of the American Meteorological Society. He was awarded an honorary doctorate from the University of Alaska, Fairbanks.

Dr. Titley will also present on this topic on September 13th at Albright College at 6:00 PM. For reservations, please contact Dr. Adam John at 610-921-7699 or [email protected].

Ron Granieri is the Executive Director of Foreign Policy Research Institute’s (FPRI) Center for the Study of America and the West, Editor of the Center’s E-publication The American Review of Books, Blogs, and Bull, and Host of Geopolitics with Granieri, a monthly series of events for FPRI Members.

He is a specialist in Contemporary German and International History with degrees from both Harvard and the University of Chicago.

He is the recipient of a Federal Chancellor Scholarship from the Alexander von Humboldt Foundation and is a member in the American Council on Germany’s Young Leader Program.

He is the author of The Ambivalent Alliance: Konrad Adenauer, the CDU/CSU, and the West, 1949-1966 (Oxford and New York: Berghahn Books, 2003), and is currently completing a book entitled: The Fall and Rise of German Christian Democracy, From Detente to Reunification, for Oxford University Press.