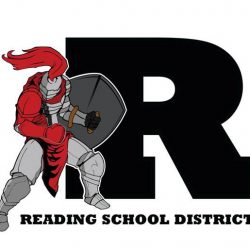 Reading, Pa. – The Reading High School Athletic Hall of Fame will welcome its sixth class of inductees during a halftime ceremony at the Red Knights football game vs. McCaskey High School on Friday, September 15, 2017. The game begins at 7 p.m. at Albright’s Shirk Stadium.

In addition, the inductees will be celebrated during the Reading High School Athletic Hall of Fame Golf Tournament at the Berkleigh Golf Club on Friday, September 15 at 10 a.m. The following night, on September 16, they will be honored during the Reading High School Hall of Fame Banquet at 6 p.m. at the DoubleTree by Hilton Hotel in downtown Reading. A social hour will begin at 5 p.m. Tickets are $45 for adults and $30 students.

For more information about the planned events or to purchase banquet tickets, contact RHS Athletic Director Allen McCloud at [email protected] or 484-258-7436. If you are interested in participating in the golf tournament, contact Curt Reinik 610-372-8721

The newest class of inductees includes:

Maribeth was an All-State swimmer and captain of the 1989 RHS PIAA State Championship Swim Team.  She set RHS individual records in three events (50, 100 and 200 Freestyle). She was also a part of two record-setting relays (200 IM and 400 Free Relay).  She was the captain and Academic All-American from 1991-1993 at the University of Maryland. In 2012, Maribeth was inducted into the Berks County Swimming Association’s Hall of Fame.  Maribeth is now the co-founder of Iron BridgeWealth Management Firm, specializing in serving those who serve others.  She and her husband, Jason, have a daughter, Taylor, and the family resides in Fort Lauderdale, Fla.

Under the sharp eyes of Coach Al Wolski, James Bryant and his Reading High School team earned a record of 7–3 in 2002. By 2003, James was being recruited by most Division I programs as a linebacker. James also used his athletic ability in other sports, adding a District III basketball title to his resume, as well as using his speed to contribute to an outstanding 4 x 100 relay team, winning the county title and finishing 4th in District III. In his senior year, with a formidable supporting cast, James, at 6’ 3” and 245 pounds, continued to wreak havoc on opposing teams, culminating in a decisive win over Wilson who were led by future NFL quarterback Chad Henne. The undefeated 2003-2004 football team is still held in high regard by Reading fans, and for James, the season resulted in numerous awards, both national and state-wide. His senior year as Berks County Player of the Year, he compiled 314 tackles, sacked 18 quarterbacks,  ran for 984 yards, added 5 interceptions and recovered 9 fumbles for his career. He was named as a First Team USA Today All-American, a U.S. Army All-American, playing in the East-West game in Texas, as well as joining the Super Prep All-American team. He was recognized as one of the top players in the country, and was named as a member to the First Team All-State in Pennsylvania, as well as the Patriot-News’ Platinum 33 Team. As an adult, Jams is still involved in health and fitness as owner and Director of Marketing of his gym, In Shape Training, located in Pittsburgh, Pa. He lives with his wife, Amber, and their children, Braydon and Layla.

Debbie started running track at 13th and Union Elementary School, where she still holds the standing broad jump record.  She then attended Northeast Middle School, where she also holds the long jump and triple jump record and helped lead the team to a County Championship in 1978.  She competed at the Districts and States during her three years at Reading High School, where she two goals: break the high school’s long jump record that Lynn Price Knotts and Joanne Gilmore held at 18 feet 2 inches, and

become a District and State Champion in the same year. Debbie broke the RHS long jump record with a jump of 18 feet 8 inches.  She has held the Girls Long Jump record for 33 years, and she helped the RHS Girls Track team become the Berks County Champions in 1979 and District Champions in her senior year.  Debbie then went on to coach the boys/girls at RHS for six years. During her coaching tenure, she helped several jumpers make Districts and States.

Kalise Cook was a multi-sport letter winner in football, basketball and track while at Reading High School. He attended Villanova University, where he played Defensive Back on the college’s football team. He later joined the Reading School District as a teacher and a middle school football, basketball and track coach for four seasons. His accomplishments at Reading High included: All-League performer as both a defensive back and a running back; First team Associated Press All-State selection as a senior; First team All-County selection and Defensive Back of the Year; League Defensive Back of the Year; Second team All-County recognition as a running back; Nominated for Red Zone Player of the Year and was selected for the Big 33 Football Game; Named 2003-2004 Outstanding Male Track and Field Athlete and was also the Outstanding Winter Track Athlete; Sportsmanship Award winner and football and track academic honoree; 3 time All Berks Academic team member; 2nd Team All Berks 1st All League Defensive Back; and defensive back honorable mention as a sophomore.

Played three years of baseball at RHS when the varsity team combined for a record of 46-4.  Also played one year of football.   As a senior in 1950, he was the starting shortstop and one of the leaders on a 15-1 team that won the East Penn League Championship and was named East Penn League MVP.  This team also won the first PIAA District III championship in school history.  Dick was a key member of the offense and committed only two errors that year.  He also played shortstop for the Gregg Post Legion team that lost in the eastern state final that summer.  He batted .354 for the City League championship Zeswitz team in 1951 batting .354.  He enlisted in the U.S. Army in 1952 and played on a fast pitch softball team with the Army that won two army championships in Europe (1954-55) and batted .412.  Upon discharge, Dick enrolled at West Chester State Teachers College and started at shortstop for four years.  He was captain his senior year and batted .410.  He was a berks County football official for 16 years.  Dick coached baseball and basketball at Northwest Junior High school and is a retired Reading School District administrator.

A product of the Gregg Post Key Juniors of the American Legion program, Dominic “Dom” Dallesandro attended school in the Reading School District and lived in the Northwest section of Reading.  He played baseball in the major leagues for eight seasons.  He first played for the Boston Red Sox (1937), appearing in 68 games and batting .231.  Dom joined the Chicago Cubs of the National League (1940) and, with the exception of one year of military service, remained with that team through 1947.  The mite outfielder (5’6”) accumulated a lifetime batting average of .267.  His best season, he hit .304 in 117 games (1944).  Dom had 19 doubles, four triples, eight homeruns and 74 RBI’s that season.

Tony Hardy was a four-year varsity letter winner who played football, basketball and baseball. He was a dazzling receiver and earned MVP honors in the Big 33 game. He dominated Pennsylvania’s 38-0 win over Maryland in 1992, scoring on 91-yard reception on the first play from scrimmage and adding a 74-yard punt return for a touchdown.  Tony set the Berks career record for receiving yards (1,893) and touchdown catches (27).

Lyn Jones was an outstanding athlete in the late 1970s and early 1980s. Her accomplishments include: