Award winners announced from “Vessel” at Studio B, Boyertown 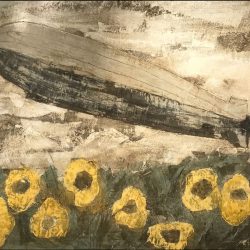 Studio B Fine Art Gallery, 39A East Philadelphia Avenue in Boyertown, PA, is pleased to announce the award winners of the studio’s exhibit “Vessel.” Awards were appointed by glass artists Karla Trinkley and Will Dexter of Taylor Backes Glass Studio, Boyertown.

Artists were encouraged to consider all meanings of the word “vessel” to inspire their artistic responses. An assortment of artwork featuring vases and bowls, ships, flowers, human arteries and veins were represented.  The human body as a vessel was also featured in a variety of responses.