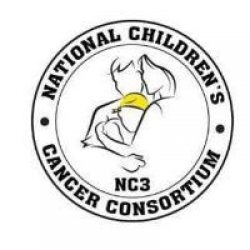 “In August, Rep Tom Caltagirone sent over 500 letters, and a sample proclamation to every elected municipal official and school district superintendent in Berks County,” said Winters. The letter asked every municipality and school district to declare September as Childhood Cancer Awareness Month, following in the national declaration and the declaration by the Governor and the PA Legislature.

“We felt it was important to ask for the support of the municipalities and school districts to engage the public and educate them on the marked increase in diagnoses of childhood cancer,” stated Caltagirone.

With Berks County, City of Reading, many municipalities (including many across the Commonwealth) and school districts agreeing to declare September as Childhood Cancer Awareness Month, NC3 launched the #GoGoldBerks initiative through social media, asking for all Berks County residents, businesses and their employees, organizations and associations to stand by the children and wear gold or show gold on September 29th. This effort launched the hashtag and logo, #GoGoldBerks.

“#GoGoldBerks is about giving the childhood cancer community, especially the Superheroes fighting this disease, HOPE. Hope is Golden and gives these children and their families, the feeling that they are not alone in their fight. On September 29th, our community wearing gold will show The Berks Community is behind them,” said Winters.

“We are asking our community to stand with these children. Wear gold at work, at school; show these warriors and their families, they never fight alone. It is a simple act, but the message is so much bigger. It unites all of us against childhood cancer and gives our children back their childhood,” explained Caltagirone.