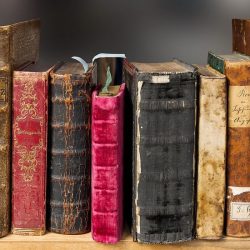 CHICAGO – Libraries, bookstores and schools will celebrate Banned Books Week, Sept. 24 – 30, 2017, an opportunity to celebrate the power of words to open minds with new and diverse viewpoints, even those some people might find offensive. During the week thousands of libraries, bookstores, schools and theaters host dedicated events that focus on the dangers of censorship and celebrate the right to choose reading materials without restriction.

Attempts to ban books takes place in the United States annually, and library professionals lead efforts to safeguard free access to information by working to protect the freedom to read. The American Library Association’s (ALA) Office for Intellectual Freedom (OIF) receives reports from libraries, schools and the media about attempts to ban books in communities across the country. In 2016 alone OIF learned of more than 323 attempts to remove books from schools and libraries. These attempts, also known as challenges, arise from individuals’ objections to the books’ content, which can include allegations of offensive language, sexually explicit content, LGBT content and religious viewpoint. In recent years, a growing number of the challenges have been successful; they were removed, banned, from the institutions where they were challenged.

The Wyomissing Public Library, 9 Reading Boulevard in Wyomissing, is celebrating the week with a display of adult and children’s books which have been on the list, and a proclamation posted in the library.

Each year the OIF compiles a Top Ten List of Most Challenged Books from its collected data regarding challenges to bring awareness of the threat to the freedom to read. The list serves as a snapshot of challenges, as OIF estimates that 82-97 percent of challenges remain unreported.

The list serves as a guide during Banned Books Week for rebel readers who choose to celebrate the freedom to read.

The Top Ten List also reflects societal issues of the time. For example, at a time when LGBT rights and racial equality are under siege, OIF found that attempts to remove books in 2016 targeted titles regarding race and gender identity.

The 2016 Top Ten List of Most Challenged Books includes these titles:

1.     “This One Summer,” written by Mariko Tamaki and illustrated by Jillian Tamaki

Reasons: Challenged because it includes LGBT characters, drug use and profanity, and it was considered sexually explicit with mature themes.

Reasons: Challenged because it includes LGBT characters, was deemed sexually explicit, and was considered to have an offensive political viewpoint.

Reasons: Challenged because it includes a transgender child, and the “sexuality was not appropriate at elementary levels.”

4.     “I Am Jazz,” written by Jessica Herthel and Jazz Jennings, and illustrated by Shelagh McNicholas

Reasons: Challenged because it portrays a transgender child and because of language, sex education, and offensive viewpoints.

Reasons: Challenged because its cover has an image of two boys kissing, and it was considered to include sexually explicit LGBT content.

Reasons: Challenged for a sexually explicit scene that may lead a student to “sexual experimentation.”

Reason: Challenged because it was considered sexually explicit.

8.     “Make Something Up: Stories You Can’t Unread,” written by Chuck Palahniuk

Reasons: Challenged for profanity, sexual explicitness, and being “disgusting and all-around offensive.”

Reason: Challenged because of criminal sexual allegations against the author.

Attempts to silence diverse voices by banning books pose a serious threat to democracy, and in response, the ALA is encouraging the public to participate in the Stand for the Banned Read-Out. During Banned Books Week, participants are encouraged to film themselves reading from banned books or sharing how unrestricted reading has impacted their life.  The submitted videos will be uploaded to the ALA’s Banned Books Week YouTube channel.  Also for the first time, ALA is hosting a Rebel Reader Twitter Tournament, a national effort that invites readers to post banned book-themed action items on Twitter with the hashtag #RebelReader.

First observed in 1982, Banned Books Week reminds Americans not to take the freedom to read for granted.  This year’s Banned Books Week theme is “Words Have Power. Read a Banned Book.” The words in banned and challenged books have the power to connect readers to diverse perspectives. When books are threatened with removal from library shelves, your words have the power to challenge censorship and to safeguard the freedom to read.

Additional information regarding Banned Books Week, the Stand for the Banned Read-Out and other events is available at www.ala.org/bbooks .