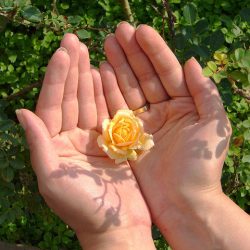 HARRISBURG, Pa. — Some Pennsylvania faith leaders are asking state lawmakers to keep the future of the state’s health and environment out of industry hands. A version of the budget passed by the state Senate includes House Bill 542, which opponents say would shred important air and water safeguards. The measure includes outsourcing the drilling permit review process to private companies, setting deadlines for automatic drilling permit approval, and blocking clean air protections. Joy Bergey, director at the Environmental Justice Center at Chestnut Hill United Church in Philadelphia, called it unacceptable. “Blocking these environmental and public health standards won’t balance the budget. All it would do is to give the drillers a license to pollute,” Bergey said. “And it places Pennsylvania’s communities and people at greater risk.”Bergey is among several individuals and groups that recently sent a letter to members of the General Assembly, voicing their opposition to HB 542. Some of the bill’s supporters say it would make permitting more timely and wouldn’t infringe upon environmental protections. But Bergey argued the industry has proven it can’t be trusted to make environmentally sound decisions.”If you look at fracking, we’ve had many spills, we’ve had an enormous amount of pollution from the fracking industry,” she said. “They are not the ones that should be deciding which wells get drilled where, and pipelines and things like that. It should be the Department of Environmental Protection.”Bergey said the faith community is compelled to defend the most vulnerable: children, older adults, people living in poverty and those who are medically fragile. “Pollution hurts those people at the edges disproportionately, as those people have less opportunity to speak for themselves,” Bergey said. “That’s why it’s a moral call that our elected leaders don’t bargain away these protections.”Organizations that signed the letter include the Mainline Interfaith Green Group, the Pennsylvania Council of Churches, and The Shalom Center.