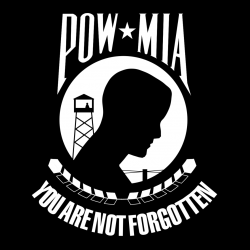 Reading –  Legislation sponsored by Sen. Judy Schwank (D-Berks) that would require the POW-MIA flag to be flown whenever the American and state flags are flown on state grounds received unanimous support from the Senate State Government Committee.

In the last 100 years, more than 1,100 Pennsylvania families have lost loved ones whose bodies have no known resting spot where their service and sacrifice can be marked and remembered. The black-and-white POW-MIA flag depicts the silhouette of a soldier with his head bowed. Behind the soldier are the images of a watchtower, a strand of barbwire and the words “POW,” “MIA” and “You are not forgotten.”

Congress designated the flag in 1990 as “the symbol of our nation’s concern and commitment to resolving as fully as possible the fates of Americans still prisoner, missing and unaccounted for in Southeast Asia.”

“The POW-MIA flag is a call to everyone – veterans and civilians alike – to remember that there are many Americans who will never know if their loved ones are still alive, or if they were properly buried,” Schwank said. “My bill will ensure we remember the painful sacrifice these families have made, and continue to make every day. I’m happy to have support from my colleagues.”

The bill would require the POW-MIA flag be flown along with the U.S. flag on state grounds and buildings. The legislation does not impose the requirement on local governments or school districts.

Senate Bill 822 now heads to the full Senate for consideration.