“As I Age” Wall Unveiling at The Highlands at Wyomissing 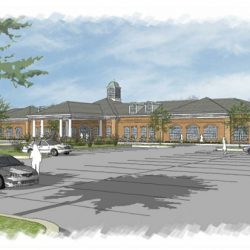 WYOMISSING, PA – As I Age/Before I Die is a global art project that invites people to contemplate and reflect on their lives.

Originally created by artist Candy Chang on an abandoned house in New Orleans after she lost someone she loved, today there are more than 2,000 walls in 70 countries throughout the world, written in more than 35 languages (http://beforeidie.city). The projects have been featured on NBC, CNN, and in Oprah Magazine.

In honor of the International Council on Active Aging “2017 Active Aging Week” (September 24 to 30), The Highlands at Wyomissing will be featuring an “As I Age” wall outside its main entrance. The wall allows people to share their aspirations, ultimately starting a conversation about living and aging well.

The unveiling ceremony will take place at The Highlands on Monday, September 25, at 11:00 a.m., for residents, their families, visitors and staff. Following the ceremony, we invite the community to stop by throughout the week and contribute their thoughts to the wall.